Pi is the ratio of a circle’s circumference to its diameter. This magical number appears almost everywhere in every type of math. Pi cannot be written as the ratio of two numbers and is therefore an irrational number. Pi is also a transcendental number, which means that it is not the root of any polynomial equation with rational coefficients.

Many people make a hobby of trying to memorize as much of Pi as they can. The current record is held by Akira Haraguchi, who has memorized Pi to over 83 thousand digits.

There are even clubs out there for people who have memorized part of Pi. You can join the Pi 100-club and the Pi 1000-club

PiMemorize - A free application for Windows

I made a Windows application that you can use to help memorize Pi. The newer version 1.1 will also allow you to memorize Phi and e. The application is also known as PhiMemorize and eMemorize. 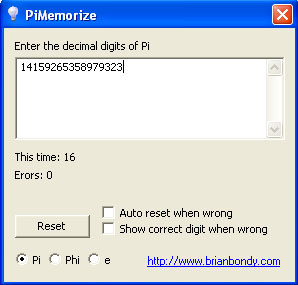 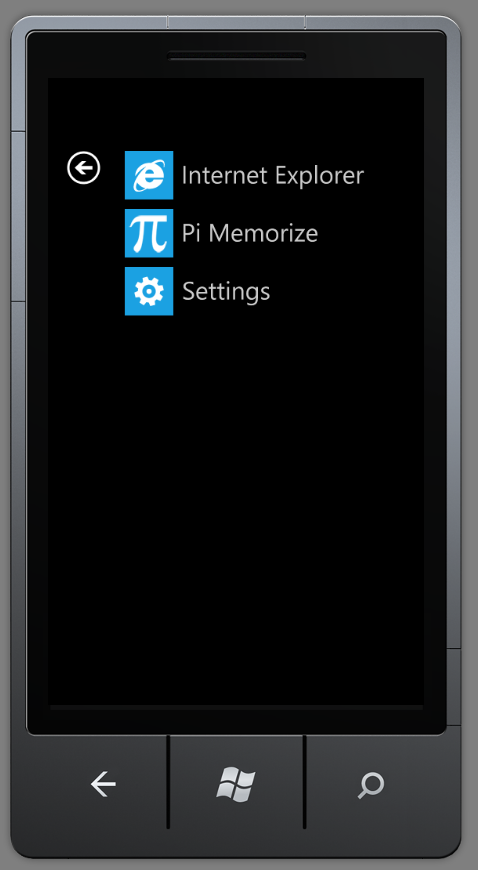 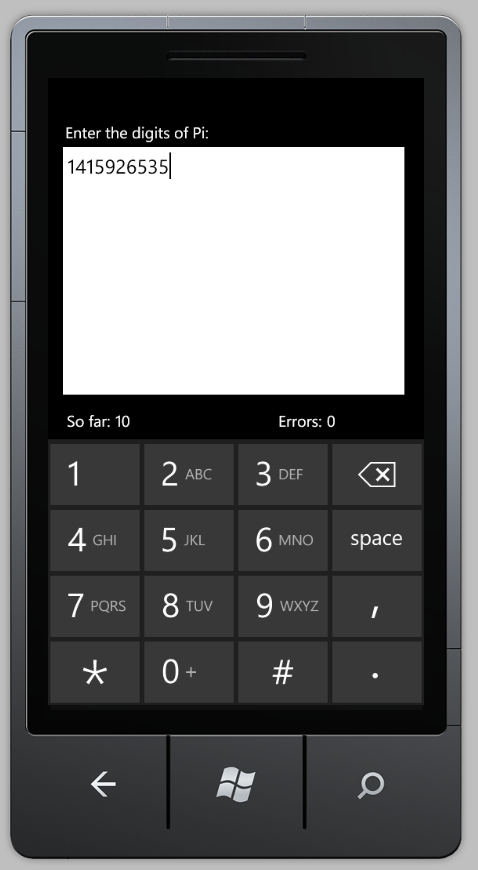 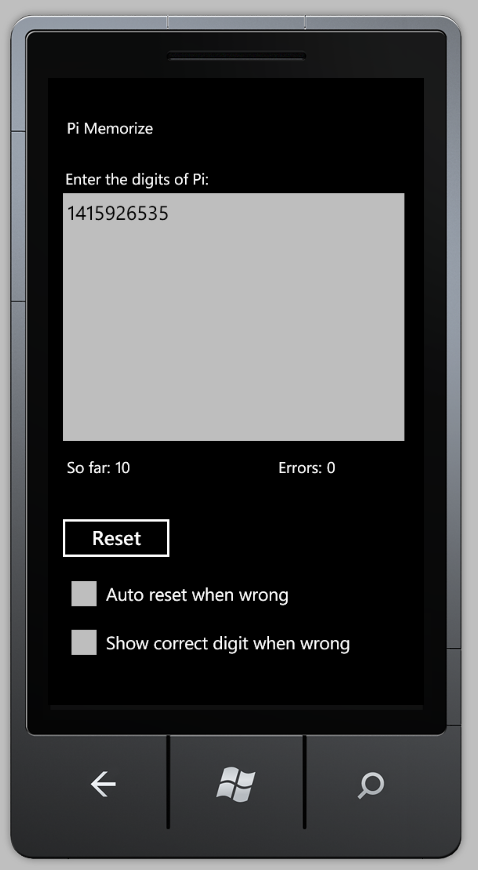