This Saturday I took part in my favorite run of the year, a 103 mile run around Windsor-Essex county named the First Annual weUltra Run (FAwR). This weUltra event can be done in 1 chunk or across a couple weeks, known as a multi-chunk finish. It was my 4th year doing the FAwR and 21h 47min later, my 4th one-chunk finish. 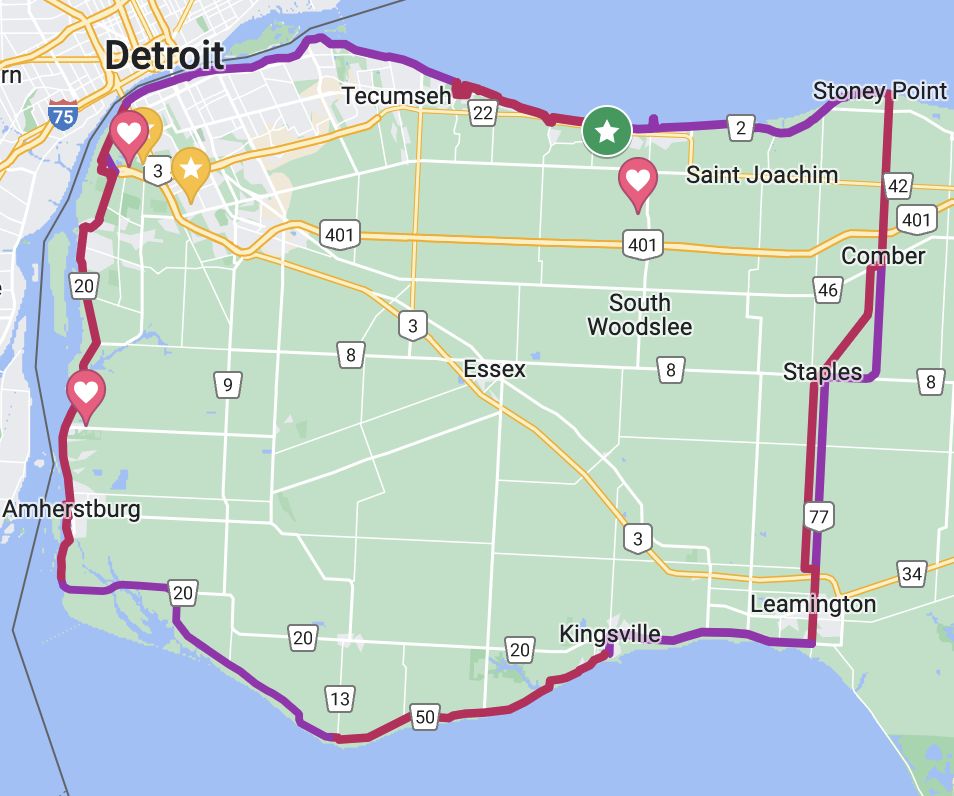 The FAwR will take everything from you. It allows defeat, but it borrows your soul and swallows your overconfidence.

In this social media era, with supportive friends and family, I need the FAwR every year to keep me humble. Overconfidence evolves into arrogance if not kept in check. FAwR empties your overconfidence and fills your heart.

Being my 4th time doing the FAwR, I was sure I could finish in under 20h this year. The weather was good this year, and my training has been going well. For the last 3 years I thought I could accomplish it.

The seed of humbleness made its appearance around mile 50 and was fully visible by mile 60. By mile 70 my confidence was gone and all I had left was callused grit to get me through to the finish. The average pace that I was slowly working down started to become unmoveable, and then went in the wrong direction.

The FAwR starts and ends by touching the Beaver.

The first 48km from the start to my mother’s house was done with my son Ronnie. Ronnie is an amazing athlete with massive potential and the spirit and drive to see those goals through. He had hoped to do a 50mi first chunk of the FAwR earlier in the year, but due to some knee pain we slowed, and then stopped his training a month ago to heal up. He was fully healed for the FAwR but we re-adjusted his 1st chunk goal. He still wants to hit the 50mi goal later in the year. He did great and made his adjusted goal. 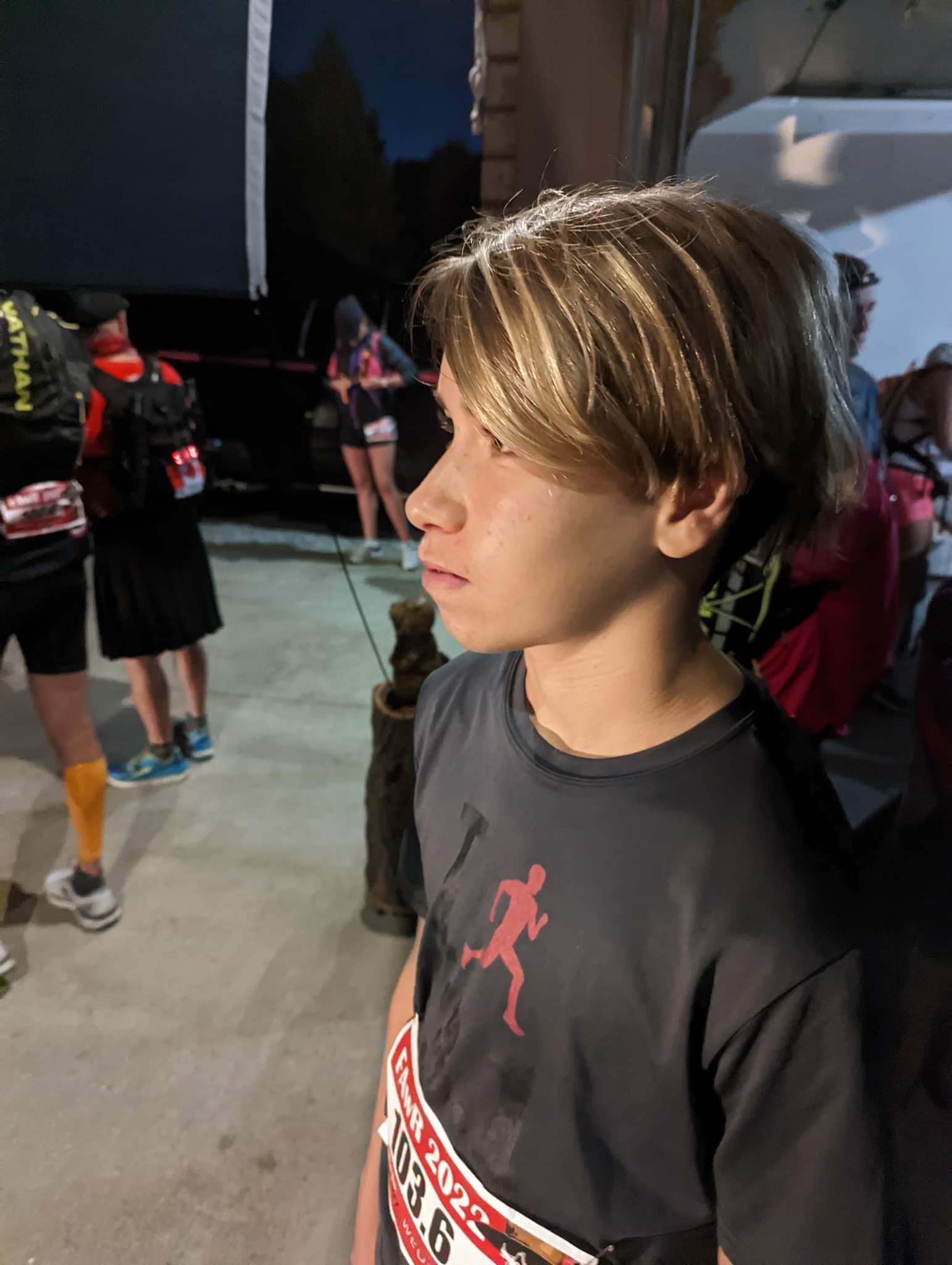 One funny occurrence this year was that a bird randomly slammed into my foot and then died. It felt pretty hard, I thought at first a squirrel or another animal had jumped at my foot. I jokingly asked if it was a bad omen. Another FAwR runner Juraj had the best theory for this. A car probably hit the bird and it bounced off of the car windshield and hit my shoe. A couple of runners behind me got a photo of the bird. Thank you Brandi and Juraj for that shot because no one would believe me otherwise! Uncommon events happen all the time.

The FAwR is so much fun because the community comes together for the runners on the course. They make the impossible possible. My wife dropped off 3 bags throughout the day. My mom and step father Ed stopped a bunch of times to help throughout the day as well. My sister and her family stopped as well. My Uncle Gerry, Aunt Ruth, Steve, and Virginia cheered us on. A family friend Sharyn and so many others also saw Ronnie on the route and cheered him on. Lots of road angels were there to help others.

The last 23km was done with my friend Serg. He kept me awake and as strong as I could be to the finish.

The best part about finishing the FAwR early is that you can go back out there later and help the remaining runners. I try to do this every year, it’s so inspiring to see the level of grit in everyone pushing past their goals. This little meaningless event, has so much packed meaning to each one of us. 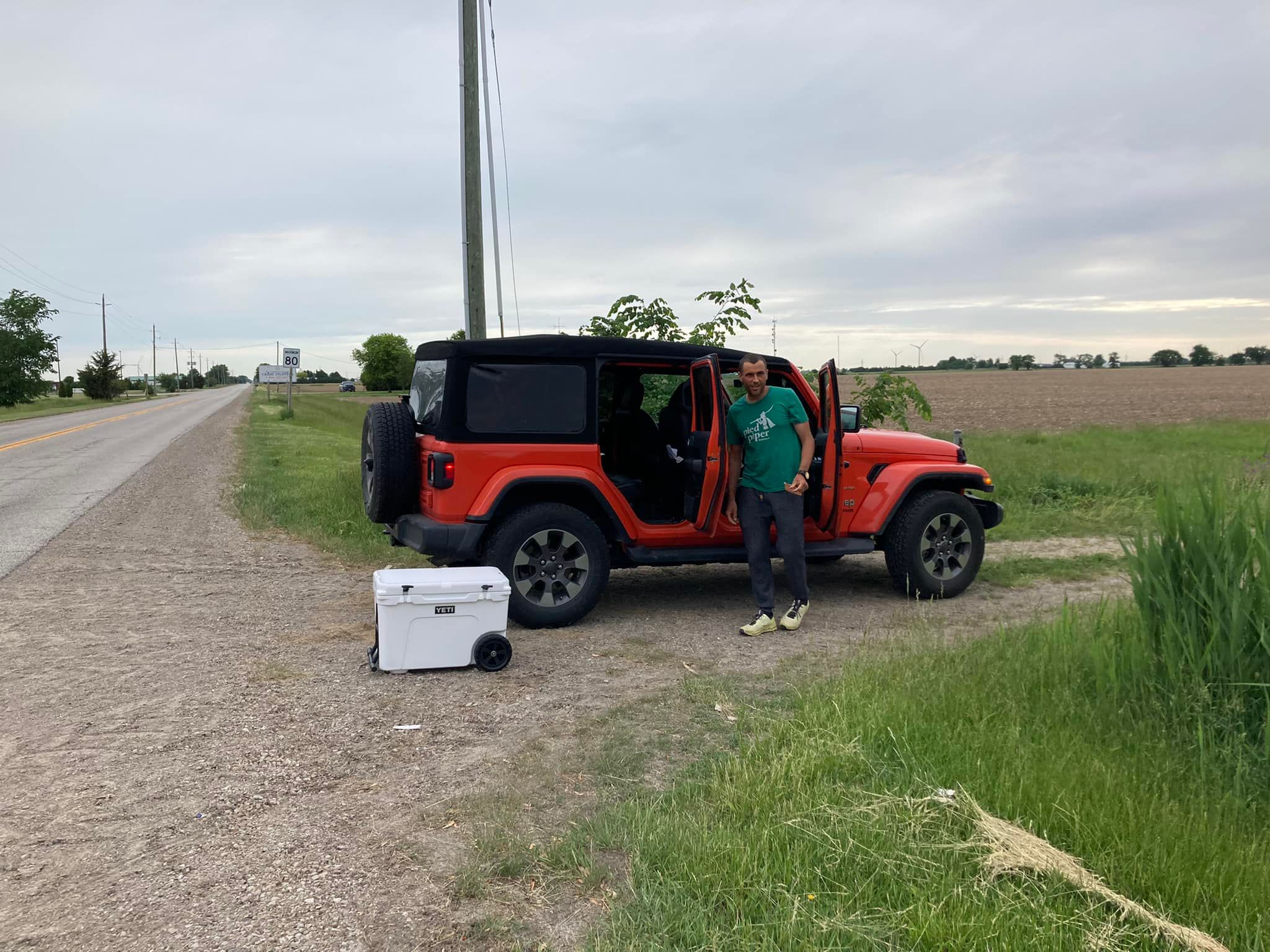