It wasn’t until later in my life at the age of 29 (2010) that I got into running. To try and stay in shape, I took karate, but my karate dojo had just closed. Running seemed interesting to me, but my cardio was horrible.
I went out for a 1k run and I was out of breath and quit 7 minutes later. I’d blame it on my asthma. It was no secret that I wasn’t in shape, even the people at my karate dojo sarcastically called me “cardio king”.

Over the course of the next couple years, with the help of my friend Sam Denommee fixing my running form and answering all my questions, I built up to a 5k, a 10k, and then a half marathon. The next year in 2013, I did my first marathon.

5 years later in 2018, I kept running, but I was still out of shape. I had done up to a 50mi race at this point, but that 50mi race didn’t go well and I went over the cut-off time by a few minutes. I never did beat my first marathon’s time at that point even though I had done a bunch of other marathons. Most alarmingly though, stepping on the scale, I broke 200lbs for the first time in my life. This scared the shit out of me. My father died early in life and I wanted to make sure I was healthy for my 3 boys.

I decided that over the winter, I’d do a 10k 30 days in a row. This went well, so well that I extended it to 100 days in a row. I was down into the mid 190lbs at this point but still overweight. I felt better though and coming off the high of completing 100 10ks in consecutive days, and having just read David Goggins’s book “Can’t Hurt Me”, I decided it was time to try to push past my furthest distance.

I sent Sam a message and asked her if she thought it would be stupid if I went from 50mi to 100mi instead of doing a 100k next. She said to go big and then to go home. So I signed up for the 100mi race. I had 6 months to get ready.

I immediately knew I was in trouble, and this scared the shit out of me. I knew my previous 50mi went badly and that carrying the extra weight for 100mi would be a recipe for failure.

It was at this point that I contacted a local sports nutritionist that I found online - Andrea Docherty. She helped me learn proper nutrition and what I needed to survive and feel good during the runs. This was by far the most important thing that I needed. I lost over 30lbs overall in my training and I kept the weight off since then. 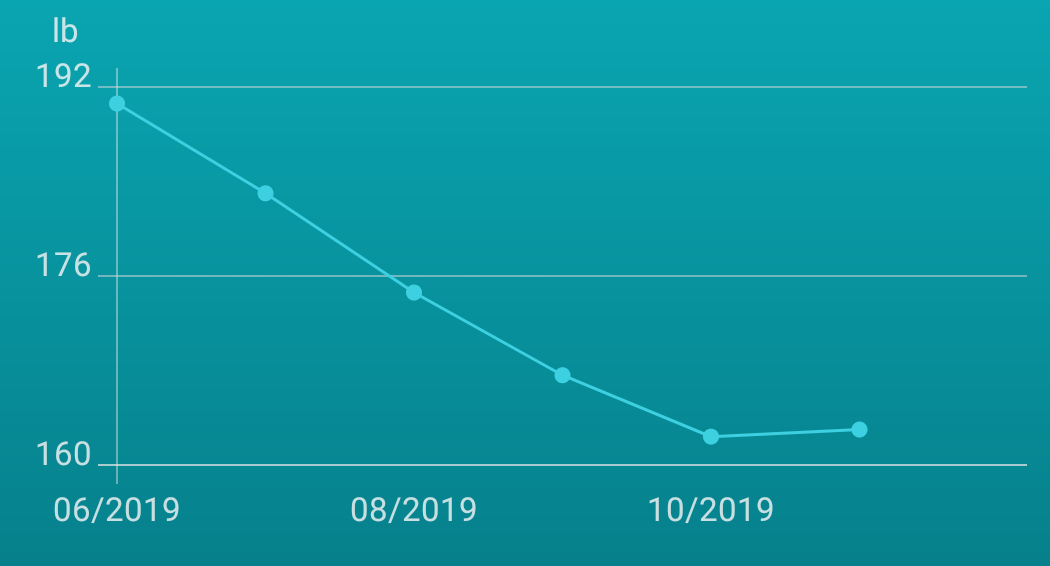 During this time, I kept a Google Sheet with everything that I ate and the macronutrients in each item. I was strict with myself and I wouldn’t eat anything that I couldn’t get the nutrition info for. I tracked everything I consumed for the next 6 months.

I scribbled notes as Andrea taught me weekly. I learnt the right proportion of macronutrients: fats, proteins and carbs for my weight. 1.6-1.8g/kg of protein. Proteins and fats are the most filling because they take longer to digest. I learnt about micronutrients like vitamins and minerals. Sodium is the main electrolyte you lose when you sweat. For the extra calories that I’d burn during a run, I’d increase my average carb intake. I learnt to start eating 30-45min into the run. Caffeine has a half life of 5-6 hours. The list of supplements I should take. I should consume 30-60g of carbs / hour when running, or up to 400 calories. During a long run aim for 250-500mg of sodium/hour. Turmeric is good for inflammation for recovery. Ginger is good for an upset stomach. Lose at most 1⁄2 lbs a week. Etc.

For my training plan, Sam shared a local running group’s plan with me - the weULTRA 20-week 100mi training plan. The distance needed each week was mind blowing to me at the time. The longest single training run I did while on this plan was 50mi and I’d regularly do above 100k per week. During this time, I could get through a couple audio books per week. I didn’t miss a training run, and went above the needed distance on some weeks. I’m thankful to my wife for being supportive and understanding during my training.

By the end of my training plan, and in large part thanks to my nutritionist Andrea, I felt somewhat ready for my race. I explained to my boys that I wasn’t sure if I could do it but that I’d try to finish. They told me that they were sure I’d do it, to which I explained, no really, I’m not sure.

On the day of the race, my wife and boys came with me to the race and helped me set up a tent which I’d pass by on each loop of the race to get extra supplies. 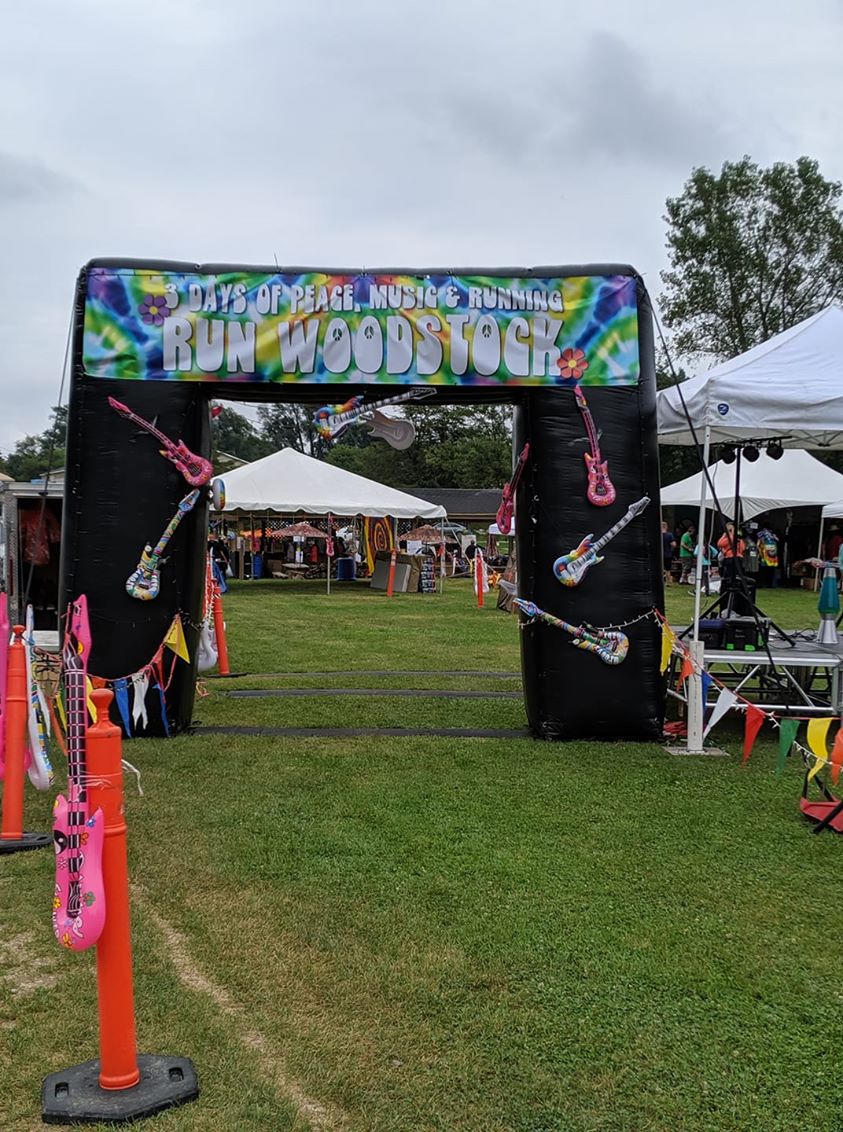 I had a couple of hours of down time before the run. I was tapered and pumped at the starting line. 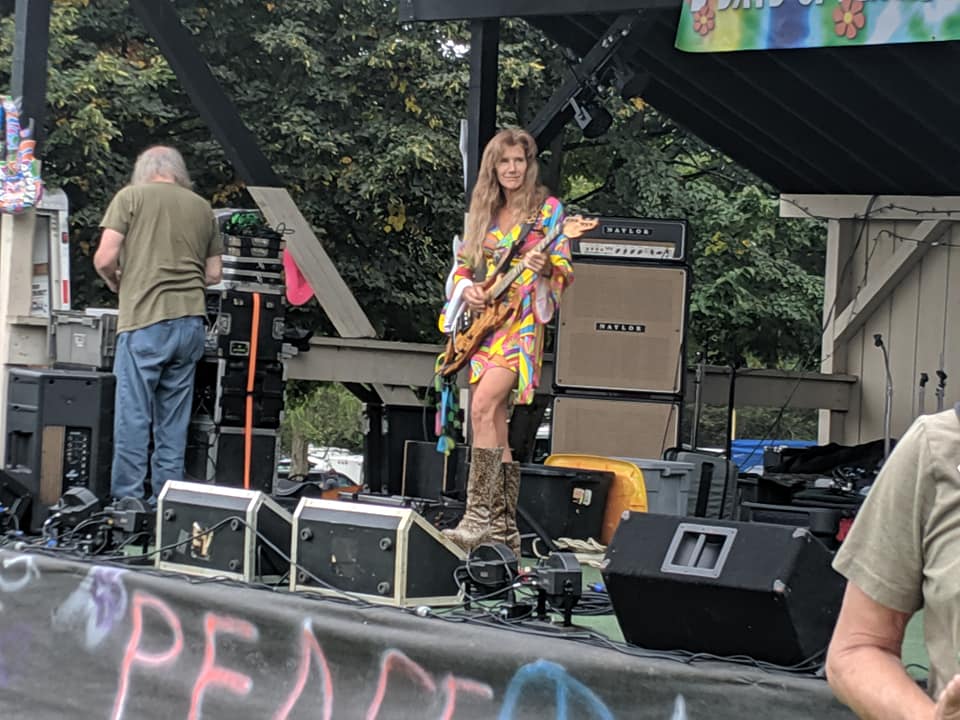 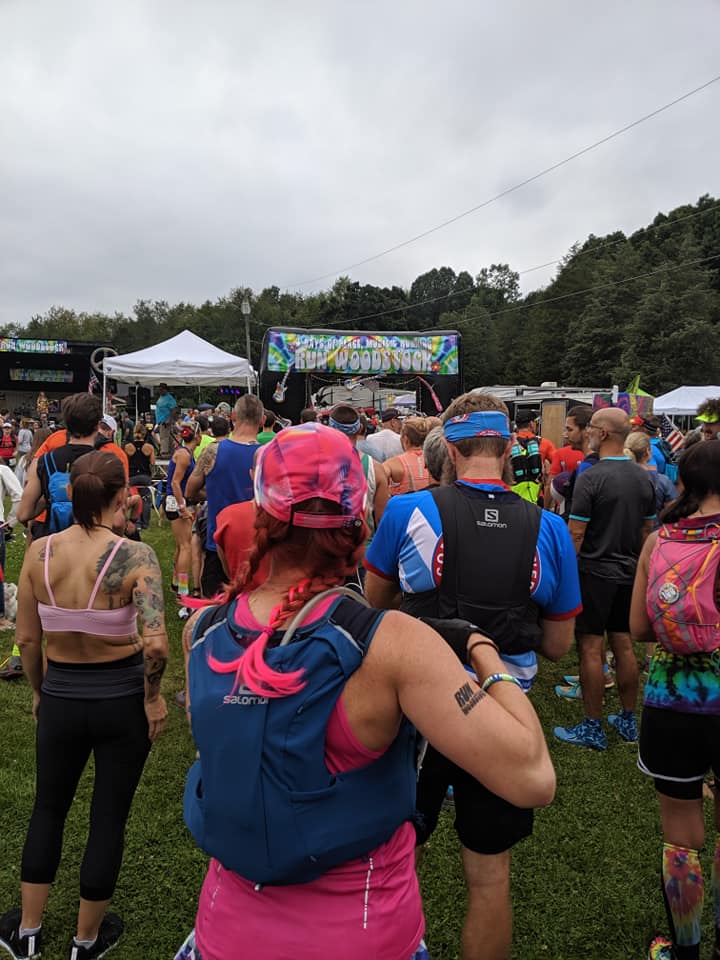 The race consisted of 6 loops, where each loop was a figure 8. I would follow the pink loop. Pretty simple, who could screw it up? A good friend of mine Sergey Zhukovsky came and crewed for me and ran the 4th and 5th loop with me, which happened to be around 4am. I’m forever grateful for his support on each of the other loops too. 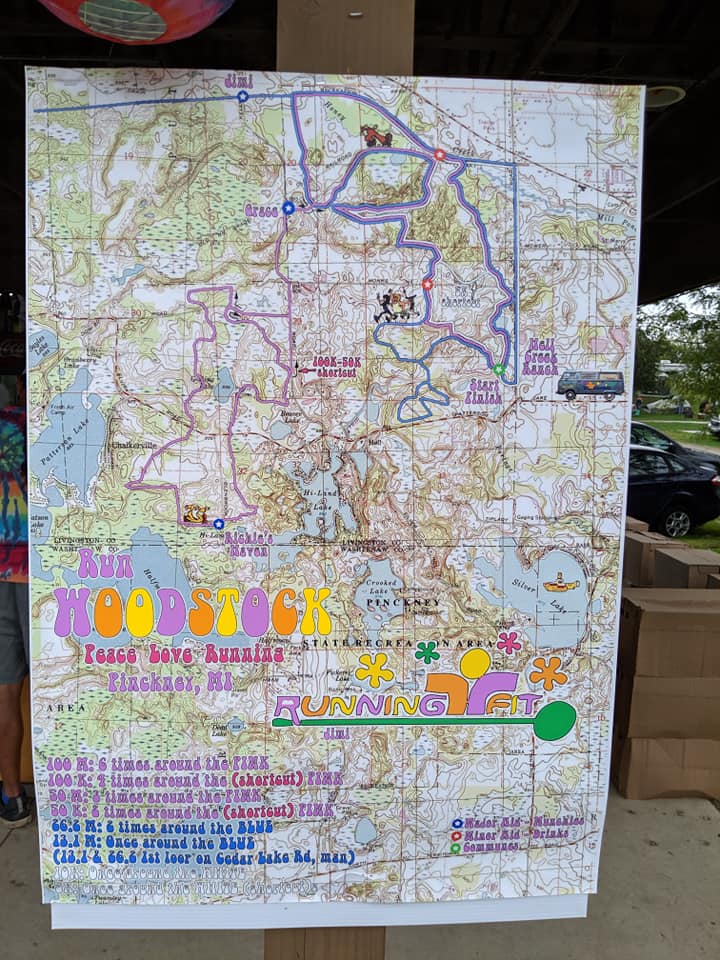 The run went well overall, I made a wrong turn following someone at one point and added 1k extra. I stopped him and told him I thought we were going the wrong way and there weren’t any markers. We turned back and got back in the right direction.

Running for over 24h without a break is exhausting of course, and I wanted to die, but I had encouragement from my family sending me messages and words of encouragement the whole time, even throughout the night. I didn’t think of quitting at all during this run. 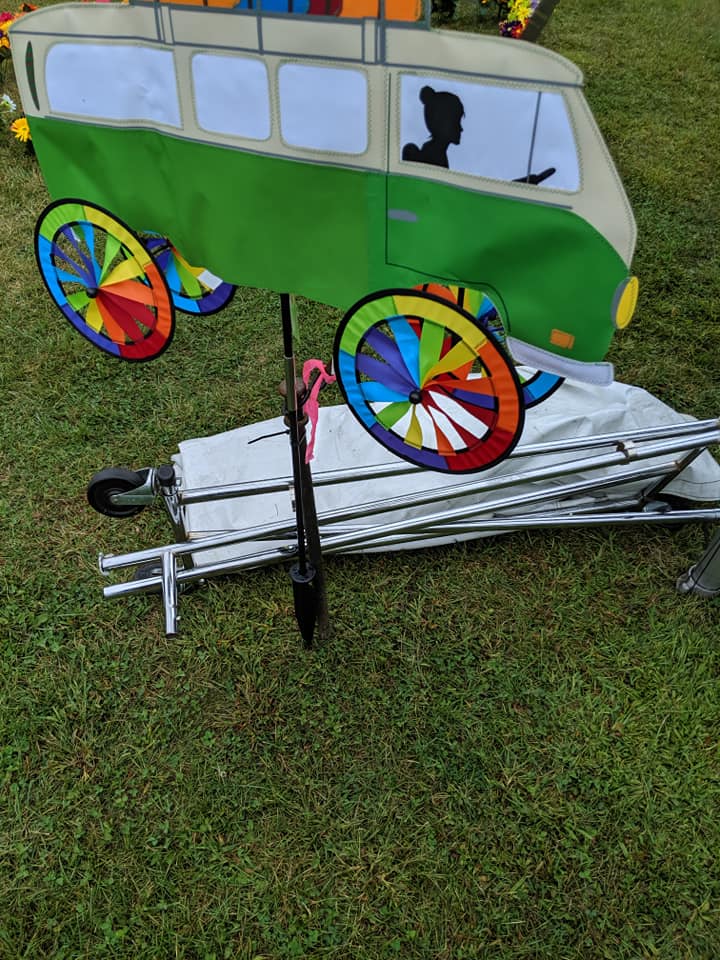 At the end of the 5th loop it seemed like I’d finish the race with plenty of time to spare. The 6th loop was going well, that is until I didn’t turn at the vertex of the figure 8, and did the top half of the 8 twice, adding an extra 10k to the total distance. The worst part of this is that the flags are still there, and are on the correct side, so it’s hard to tell you’re off course. Because you’re still on course, just doing something you already did before, 6 times. I suspected I missed a turn, but I wasn’t sure until about 4k in. I realized what I must have done but decided to just keep going and turn once I got back to the vertex of the 8. I could do this and still make the cut off time. Overall the distance of my race ended up being more than 4 consecutive marathons. 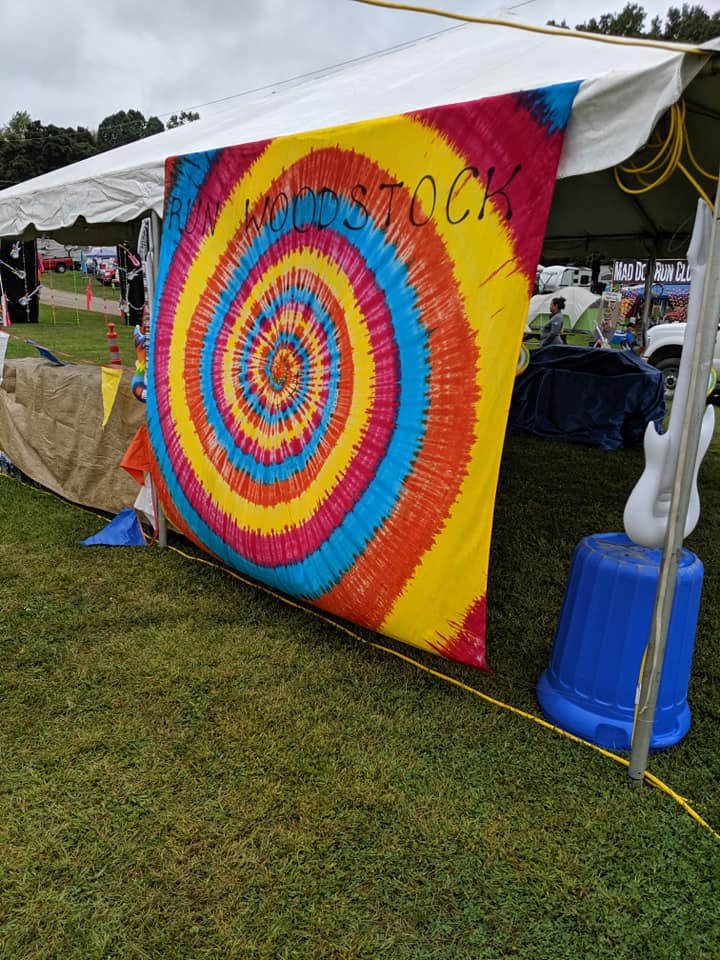 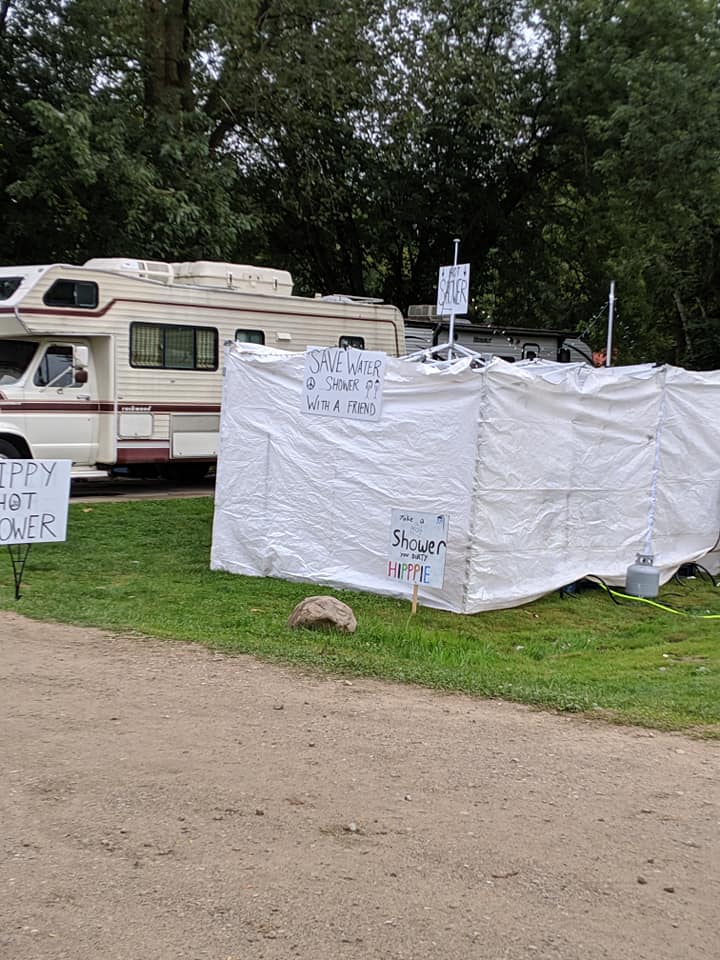 It ended up being close, the cut off time was 30 hours, but I did end up finishing the 170k+ in 29 hours. To my dismay, there wasn’t an award for longest 100mi run. It was dark (for a second time) by the time I finished the run. I could hear my wife Shannon calling out that she could see me and my boys ran in the finish line with me. 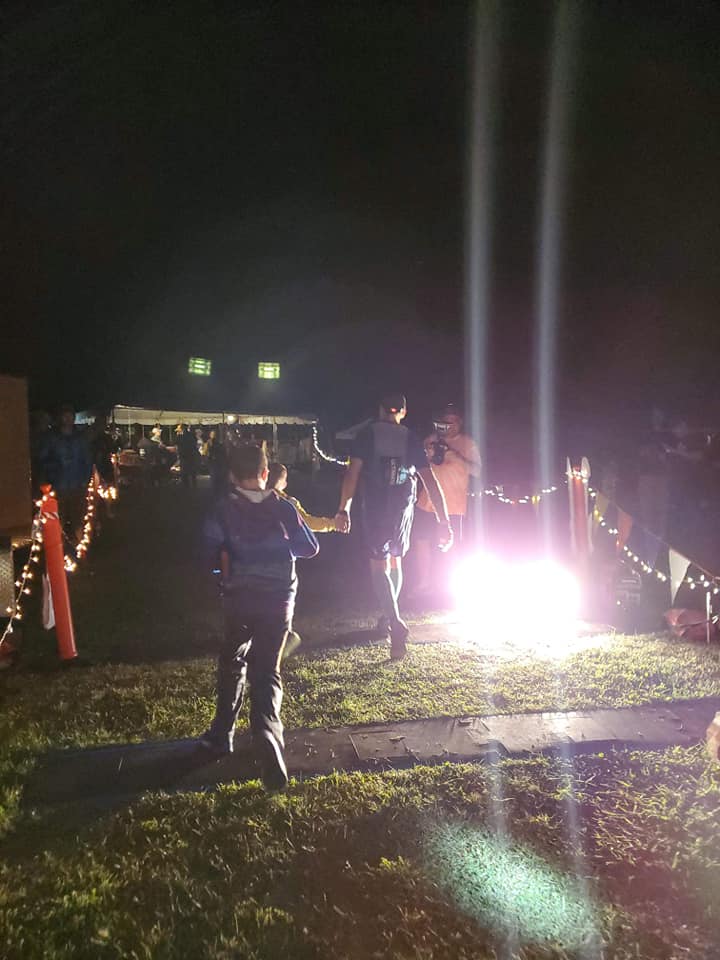 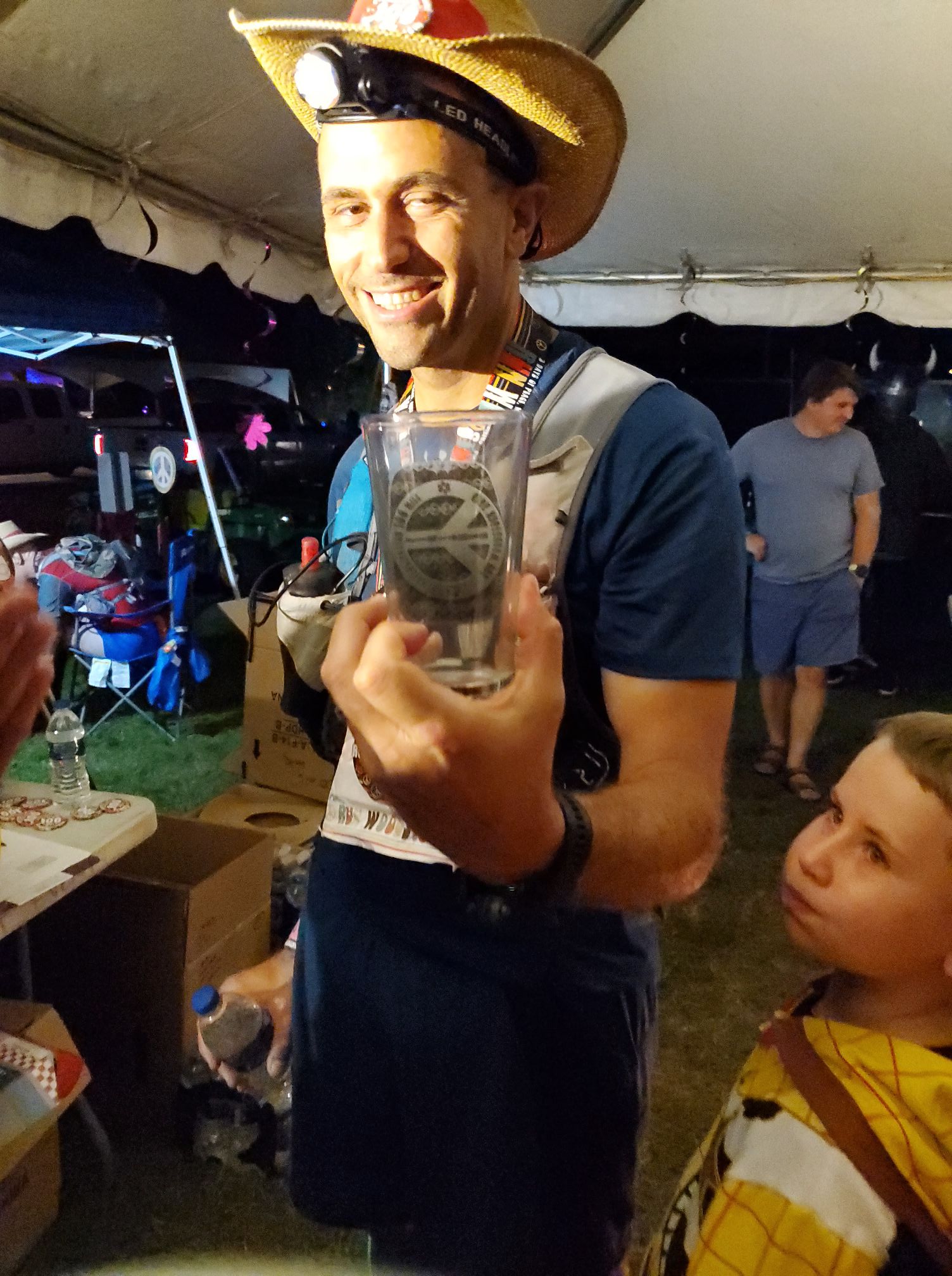 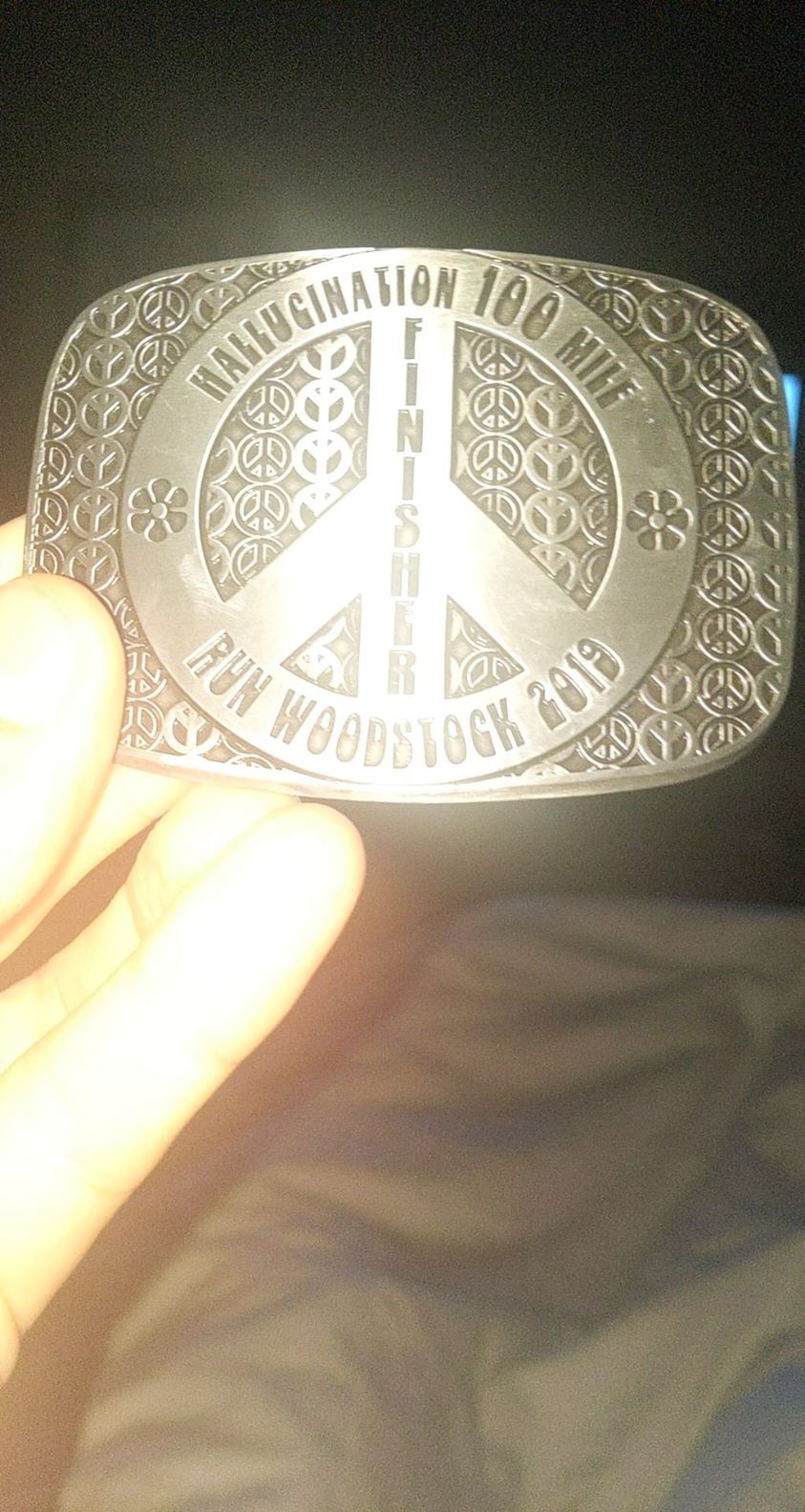 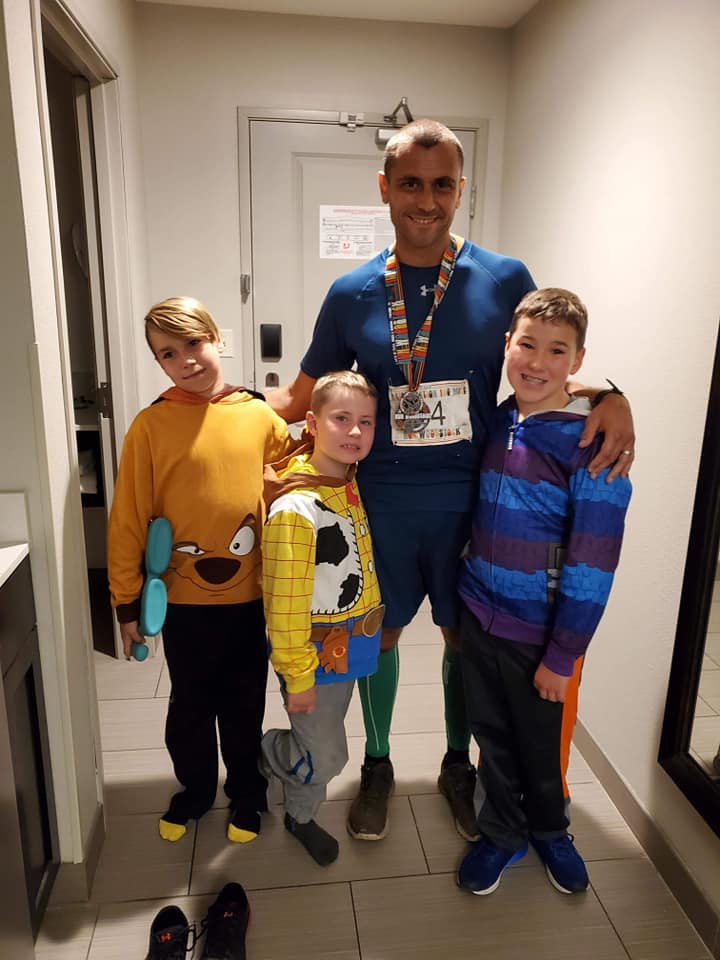 After the run, I had blisters on my feet and chafing in more places that I want to admit. My body immediately turned off like a light switch. I was running seconds before, and seized up right after the finish line. I collected some finisher’s race swag and ravaged a plate of pasta.

I was back out running 5 days later. A month after that I went out for my second 100mi run.

I fell in love with the 100mi distance during this first race. You get to push yourself to your limits, and then beyond your limits. Emotionally, you feel as raw as the chafing between your legs. You feel so loved, supported, and so thankful. You get to learn about yourself and realize that you can do more than you thought was possible. Without the bitter, the sweet ain’t as sweet. When you run for 29 hours, there’s a lot of bitterness, and you experience sweetness like you never have before.